All the children in Cherry and Acorn Class were incredibly excited to meet their Year 6 Reading Buddies! The children eagerly seated themselves in the Early Years garden and shared a book and a conversation about the pictures, and sometimes sounding out a familiar word. The Year 6 children looked so tall, and were equally excited! The children also got to know each other a little more, and some children drew pictures with their buddy.

Both the Year 6 children, and Cherry Class children, all said how much they enjoyed their afternoon session, and were looking forward to seeing each other again next week!

Once Upon a Time!

During our Once Upon a Time topic, the children were treated to a surprise outside performance of Goldilocks and the Three Bears, by the grown-ups in Acorn and Cherry Class! The children all assembled by the cottage in the outside area, and guessed who the different characters were hiding behind their masks! They watched excitedly and laughed as the story was acted out, anticipating what was coming next in the story. At the end of the performance, the children all cheered and clapped, with some asking to see it again!

The children were given the masks and the props, and were encouraged to act out their own performance with their friends. There were a lot of bears and Goldilocks’ in the outside area that afternoon!

In Acorn class, we received a video from The Giant. He said that when Jack chopped down his beanstalk, he became stuck in our world. With every day that he is separated from his castle, he grows shorter and shorter. The Giant asked Acorn Class for their help growing a new beanstalk so that he could return to Giantland and be with his beloved wife once more. The children learned how to plant a bean, recorded changes to their beans in the form of photographic observations and sketches, and kept some rather terrific bean diaries too! 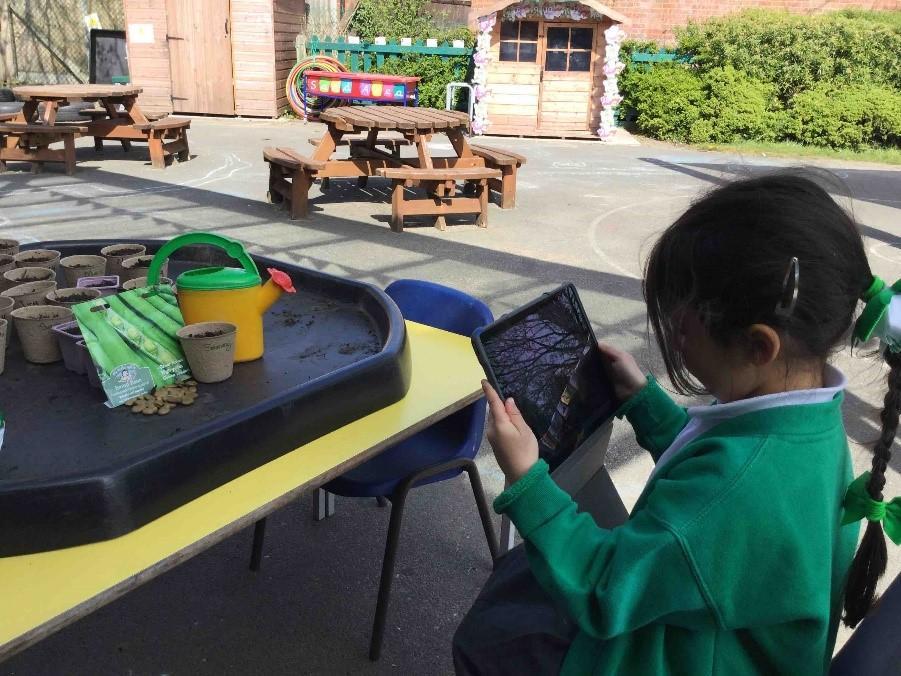 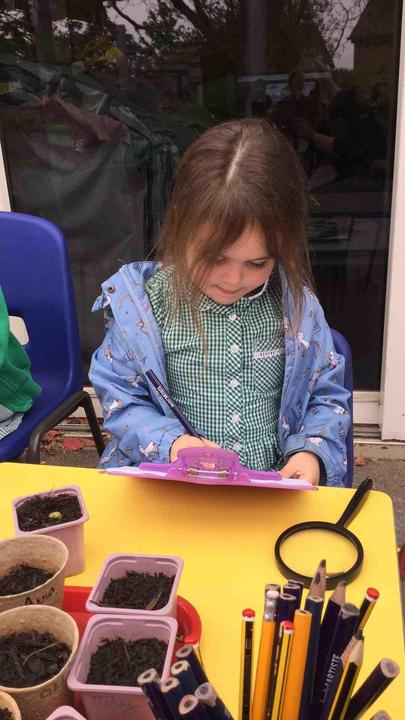 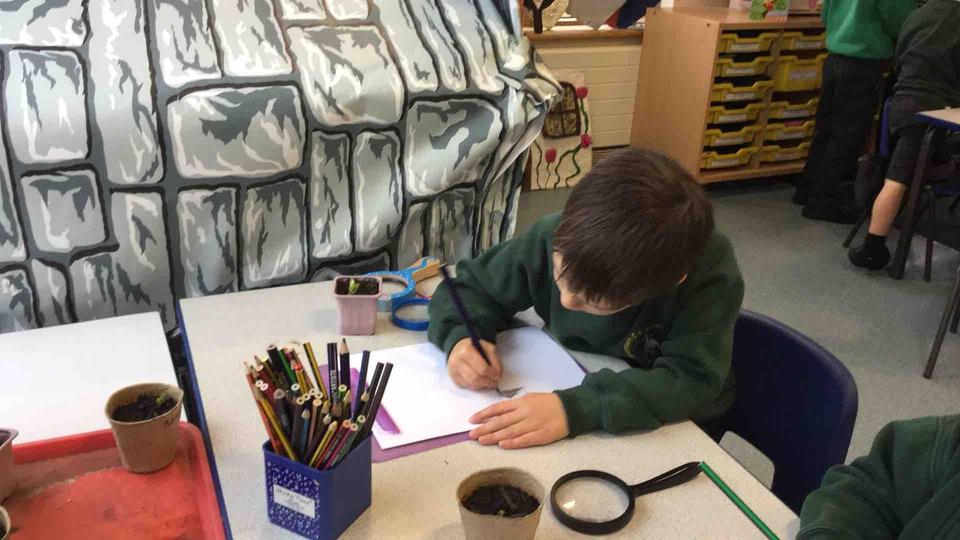