On Wednesday 28th September, Reception and Year 1 had a visitor from Saffron Walden County High, Mrs Coleman. We did lots of running around the playground and all surprised ourselves with how far we could run - the motivational music helped us! Every so often we stopped and did different exercise such as star jumps, lunges and skipping on the spot. The children all had great fun! 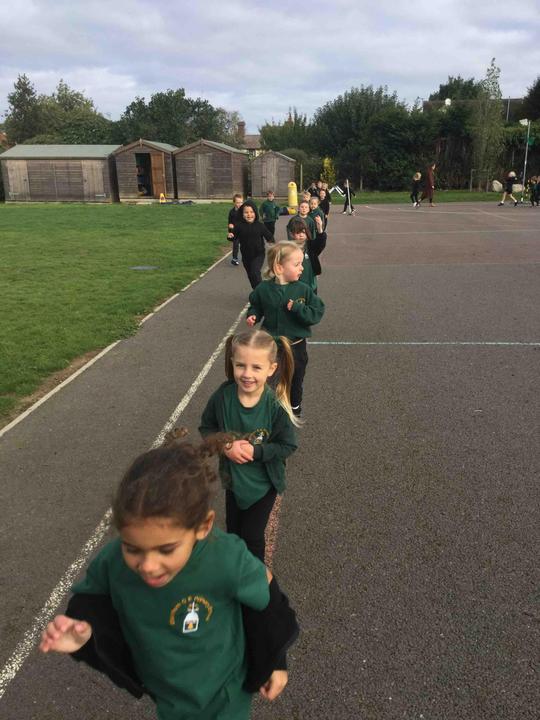 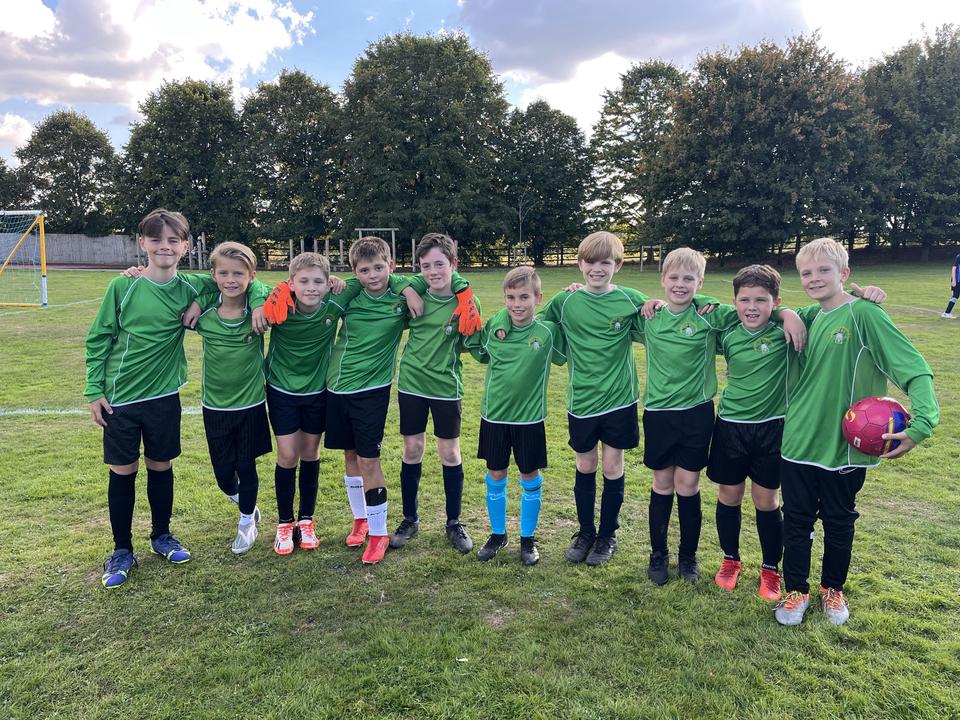 Wow, what a fantastic first sporting event! A huge well done to our Year 5 football team for stepping up whilst the Year 6s were away and representing Elsenham in our local football league on Thursday (15/09)! They certainly did the school proud by winning a huge 9 – 0! Big well done to Forrest, Georgie, Riley, Alife P, Alfie C, Henry, Teddy and Diego. Lots of fantastic goals scored, great team work and brilliant passes. A great start to the league ahead! (see picture)

On Thursday night (29th September) our Year 6 football team were up against Henham Primary school, a local rival! They all played fantastically well, marking players, passing and shooting! Big well done to Sammy, Frankie, Jack G, Coady, Matteo, Harry D, Harry B, Charlie, Arthur and Harley! Huge thank you to all parents for coming to support us and a big thank you to Mrs Drake for organising the team and Mrs Walton for half time oranges. 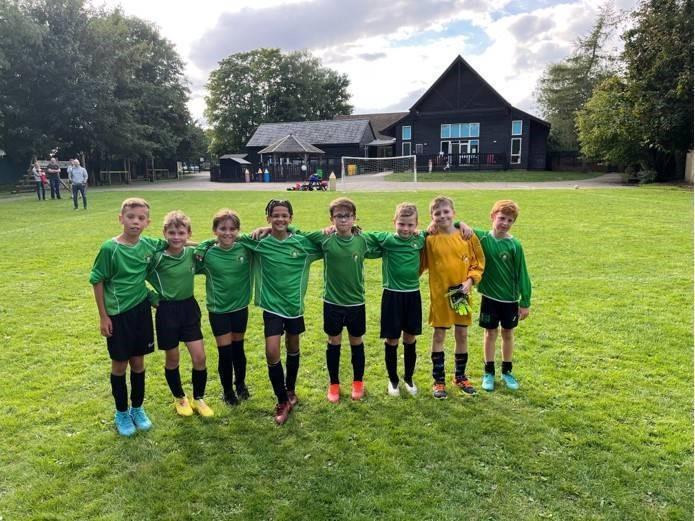 On Thursday night (13.10.22) we played an away match against Chrishall Primary School. Elsenham did incredibly well and won 9-0. They spaced out, read the game well, assisted goals brilliantly, encouraged one another and scored some fantastic goals! Well done to Coady, Harley, Frankie, Harry D, Jack G, Harry B, Arthur, Matteo, Sammy and Charlie, you did us proud!

Huge well done to Holly, Ben, Elijah and Riley who entered into a Kurling and Boccia Competition this week. They came 2nd in Boccia and 3rd in Kurling. They all had a fantastic time and were a credit to our school!

Elsenham A showed great strength of character and sportsmanship, performing well in each game. Overall they came second which means that they are through to the next round, representing the school and the Newport consortium of schools.

Elsenham B were keen to learn more tactics, work on their skills and put it all to use. This certainly worked as they came joint first in the competition. 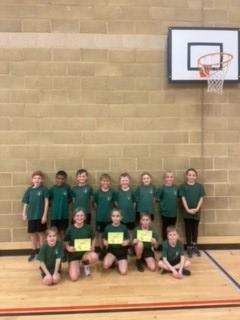 This week our Year 5 and 6 Tag Rugby team went to Joyce Frankland Academy to compete in a Tag Rugby competition.

They were all absolutely fantastic! They played 5 matches during the heats and won all of them. We then played in the semi-finals and finished third overall, a brilliant result! They worked really well as a team, cheered on their friends and got very muddy.

Massive thank you to Mrs Walton and Mrs Drake for supporting the team.

On Wednesday morning, Elsenham Primary school competed in a swimming gala at Lord Butler Leisure Centre. Everybody swam incredibly well and enjoyed cheering each other on, loudly, from the sideline. Most of the children that attended the event had never competed in a swimming gala before so this was a fantastic experience for them. Well done to all the children from KS2 who took part - you were a joy to watch and an absolute credit to the school!

As we won the Newport family dodgeball competition, we were entered into the Uttlesford dodgeball competition, which was held at Lord Butler on the 8th of December. It was an extremely difficult tournament, we came second in the first group and then went onto play four more teams and overall out of 16 schools we came seventh! Our amazing team tried their very best, they worked together as a team, cheered each other on and had fun taking part. A big well done to Jack, Coady, Arthur, Scarlett, Georgie, Alfie P, Forrest and Henry - we are all very proud of you.

We have been blown away and truly stunned this week by the generosity of our school community. A total of £1610.60 was raised for Great Ormond Street Hospital in sponsorship money through the Santa Dash. We will be donating that money with such gratitude and pride in our children and families, knowing that we are making a difference to the lives of other children, in need of help.

All of our children took part and whether they were able to raise sponsorship money or not, they have all learnt of the importance of the charity and the life-saving work that they do. A super time was had by all with some great deely boppers on display, jiggling their way around the hall.

Our cross country club took part in the Newport family cross country competition, at Chrishall Primary School. Every single runner did incredibly well not only during their race but on the side-lines too, they encouraged their fellow Elsenham runners by cheering them on and giving them lots of praise as they crossed the finish line. All of our runners paced themselves around the track and sprinted to the finish line. All staff were extremely proud of their efforts, sportsmanship and behaviour. Well done everyone and a big thank you to our wonderful parent helpers, Mrs Walton and Mrs Drake.

Year 2’s challenge: The skipping challenge, the children had to do as many skips as they could in a minute.

Year 3 and 4’s challenge: The figure of 8 challenge, the children had to side step in a figure of 8 motion around 2 cones as quickly as they could in a minute.

Year 5 and 6 challenge: The tennis ball challenge, the children had to stand 1m away from a wall, throw a tennis ball at the wall with one hand and catch it in the other. They had to do this as many times as they could in a minute.